Rivals Arriving In Malaysia This Month And They Are From Korea

To date the bookings for the Proton X50 have moved past 20,000 units and counting and the momentum has only slowed down a little.

Meanwhile, in just a few weeks the all new Kia and Hyundai crossovers will be launched in Malaysia and both crossovers are targeted at Malaysians buyers who are looking to buy a stylish new high specification crossover. The Kia Seltos has already seen social media interest and the Hyundai Kona has also been teased on social media with estimated pricing shared.

Both the Kia Seltos and Hyundai Kona have already had huge sales success in overseas markets where it was launched, however all those markets do not have the Proton X70 on sale.

These markets also have not seen the Proton X50 twin, the Geely Bin Yue (Coolray). So, for the Malaysian market it is going to be a rather tough segment to win over buyers as the Proton X50 has already taken in about 20,000 bookings even before an official selling price has been shared.

The Hyundai Kona arrives this week in Malaysian showrooms with a 1.6L turbocharged petrol engine and a 7-speed dual-clutch transmission. This engine produces 177 horsepower and 265Nm of torque. It features direct injection with a single turbo, twin blade design.

The above Kona engine specifications almost match what the Proton X50 Flagship model delivers with its 1.5L Turbo Direct Injection engine providing 177 brake horsepower and 255Nm of torque from 1,500 to 4,000 rpm. The X50 engine is matched with an automatic wet dual clutch seven speed gearbox.

With the Kia Seltos there is a 2.0-liter four-cylinder MPI engine producing 146 horsepower and 132 lb.-ft. of torque, managed by an Intelligent Variable Transmission. The much talked about 1.6L turbocharged engine is not coming to Malaysia and this is a shame.

Geely who is part owner of Proton has renamed their latest crossover the ‘X50’ which is known as the Bin Yue in China and Coolray in the Philipines where it was launched earlier this year.

This X50 wet dual clutch seven speed gearbox (7DCT) is developed in Geely’s China Euro Vehicle Technology Centre in Gothenburg, Sweden which boasts an industry leading 97 per cent transmission efficiency. This crossover will be able to accelerate from 0-100km/h in about 7.9 seconds and reach a top speed of 195km/h.

The Geely Bin Yue has had a runaway sales success in the Chinese domestic market, after being on the market for only eight and a half months, it set a new sales record for being the fastest to sell 100,000 units within its segment and is now regularly selling over 10,000 units per month.

The Proton X50 Crossover took its time to arrive in Malaysia because the Bin Yue was developed as a left hand drive vehicle and with a high technology 1.5L Direct Injection engine, it might have some long term issues in Malaysia due to our low quality petrol. The X50 was spotted testing in Malaysia for months in various locations under heavy camouflage, probably with a revised engine management system to cater to our fuel quality.

The BMA architecture is the latest global modular architecture independently developed by Geely with a high-degree of flexibility and scalability as well as the latest advancements in the fields of safety, connectivity, new energy, and autonomous driving. 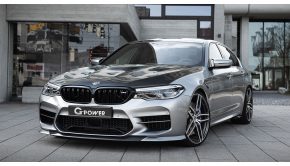 Mercedes-Benz 4MATIC Started With The W 124 In Malaysia →