PROTON EMBARKS ON FLOOD RELIEF AID IN THE EAST COAST 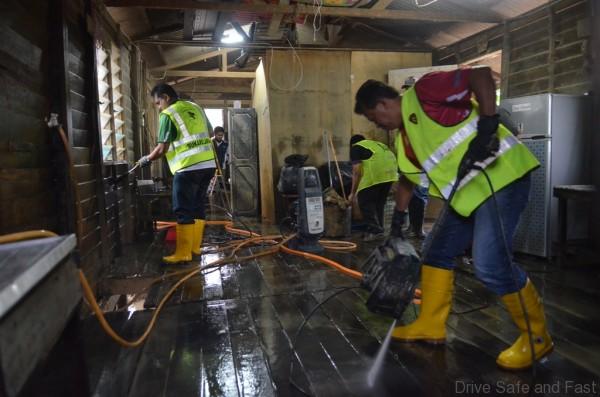 In an effort to ease the burden of those badly affected by the flood, PROTON Holdings Berhad (PROTON) has embarked on group-wide Corporate Social Responsibility (CSR) initiatives to support the victims in the East Coast region. Together with its wholly-owned subsidiary, PROTON Edar Sdn Bhd (PROTON Edar), PROTON has mobilised PROTON Flood Relief Mission to the East Coast comprising 45 volunteers among its employees based at its headquarters in Subang Jaya, Selangor, Kota Bharu and Kuala Terengganu branches. The support for a two-day flood relief operation which started on 1 January 2015, is to lend a hand in the massive cleanup of public places and houses of the poor and the elderly, and serving the affected communities who are in dire need of humanitarian assistance. “We are saddened by the hardships caused by the floods in the East Coast area as many were forced to flee from their homes unexpectedly when the floods hit the East Coast region last month in brutal force. We started the initiative in Pasir Mas, Kelantan on our first day (1 January), in a small village called Kg Sakar Sungai which is away from the main road and has not been visited by any NGOs. It is very fortunate that we are here to assist the 61 families who were stranded in their own homes,” said Dato’ Abdul Harith Abdullah, Chief Executive Officer of PROTON.

In expressing his concern Dato’ Harith said: “Help was extended to 205 other families in Terengganu on our second day, particularly in Kemaman. We hope our assistance will ease the burden of impacted families and communities particularly those who need financial aid for their children who will soon start their new school term. We hope our contribution will be able to support these impacted families and communities as they recover from the worst flood the country has seen. PROTON would like to reassure them that we are on hand to help them as far as possible, in addition to earlier announced parts discount and free labour charges to the repairs to their Proton cars.” 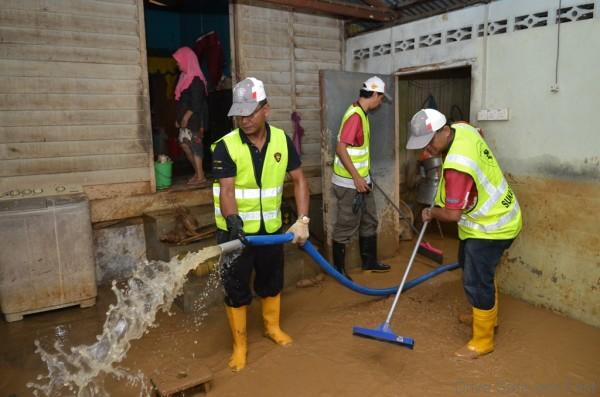 On 2 January, help was extended to Kemaman, Terengganu where PROTON contributed essential items to 142 families of PDRM Terengganu. The contribution was handed over to Kemaman District Deputy Police Chief, DSP Normansah bin Din to representatives of police stations in Terengganu in which 58 of the families affected are from Kemaman district. Essential items were also distributed to 60 families through the Community Service Centre under the care of Kemaman MP, Dato’ Sri Ahmad Shabery Cheek. PROTON then visited 3 of its employees in Kemaman and Dungun to assist in the cleanup of their houses and contributed essential items to them.