Jaguar Shows Off Its Custom-Built Rapid Response Vehicles at Goodwood

Jaguar is to further showcase its commitment as Technical and Innovation Partner to the Bloodhound Project with the world debut of its custom-built XJR Rapid Response Vehicle (RRV) at Goodwood Festival of Speed, alongside the recently unveiled F-TYPE R AWD RRV. 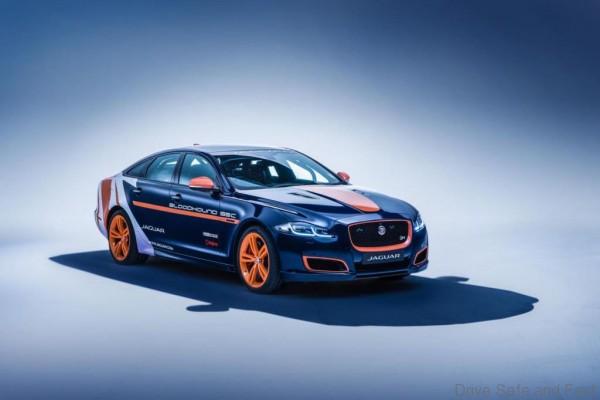 One of two XJRs being provided for the record attempts will be on show at the festival and will also take part in the First Glance hill run on Saturday 27 June 2015 with current world land speed record holder and Bloodhound SSC driver Andy Green at the wheel. The two new additions to Bloodhound’s fleet are the latest creation of Jaguar Land Rover’s Special Vehicle Operations (SVO) division and are wrapped in a bespoke livery created by Jaguar Design incorporating the Bloodhound SSC colours. 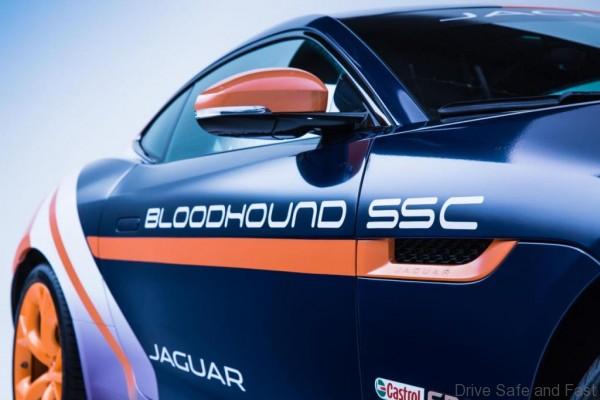 To accommodate vital equipment in the 16MY XJRs, which will be on sale from September, Jaguar Land Rover SVO engineers removed the rear seats of the XJR and fitted a roll-cage along with specially-made housings to carry tools supplied by British manufacturer Angloco, which include a bespoke foam misting cylinder, a hydraulic pump, motor and hose. Essential in the South African Haakskeen Pan, the Bloodhound team will use the RRVs throughout all high speed tests and world land speed record attempts to provide vital services for Andy Green. The customised Jaguar XJR provides an ideal solution for keeping essential personnel and equipment close to Bloodhound at all times – the XJR has a spacious cabin and it’s 5.0-litre V8 550PS Supercharged petrol engine takes it from 0-60mph in just 4.4 seconds and on to a top speed of 174mph.

Jaguar has supported three world land speed record attempts to date, with the provision of Rapid Response Vehicles for Richard Noble’s attempt in 1983 when the company provided an XJ12 for Richard Noble to break the record in Thrust 2, and an XJR in 1997 for Andy Green’s Thrust SSC. The Jaguar RRVs for Bloodhound SSC will be joined on the Goodwood Hill by the first production version of the new F-TYPE Project 7, the exciting new 340PS, 3.0-litre Jaguar XE S, and a selection of Jaguar’s most iconic heritage cars including XJ13, Group 44 E-type, Long Nose D-type, TWR XJS and Broadspeed XJ12C.