Once again the three-of-a-kind race that keeps the Dakar’s flame lightened during the year in South America will be present in Dakar 2015. Desafío Ruta 40 will be in charge of opening the Dakar Series calendar which will also have the Desafío Guaraní in Paraguay and the Desafío Inca in Perú. Dakar Series are the necessary and almost obligatory road that competitors take along the year when thinking of getting to the most extreme competition of the world in the best possible shape.

It is because of this that the races in a series take the same sporting standards of difficulties and basically of safety that the Dakar Rally. This way,  a unique panorama is attained where competitors could experience an extreme adventure by sharing with their colleagues, by discovering new roads and specially by improving their performance stage after stage. Not only professionals but also amateur competitors could be part of the Dakar Series and all of them compete for the big prize: three complete entry fees for Dakar 2016. 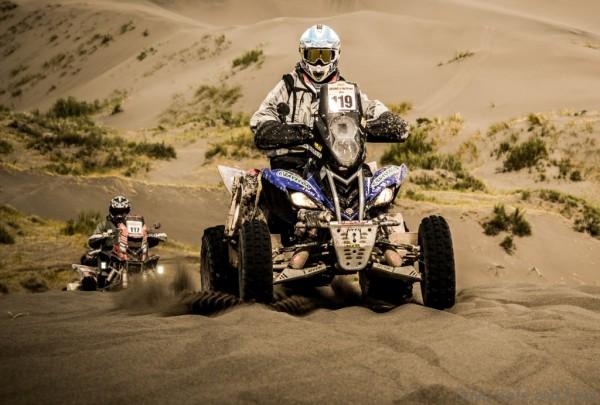 Accumulated times in the three races will be part of the unique Overall Standings of Dakar Series and the best absolute ones of the Bikes, Quads and Cars categories respectively which will get an invitation for the toughest race worldwide. The excluding condition to be crowned champion of the Dakar Series is to have participated in the three competitions of the calendar and to complete the whole itinerary of each race. Besides, the competitor must participate in the same category along the year. In the cars category the crew must remain the same for all events.