Last week we speculated on what the new Porsche Boxster Spyder would have (or lack, in terms of weight), and here we are ahead of its debut at the New York Auto Show with official details and a full gallery of pictures. Porsche decided to retain the independent character of the previous Spyder, which has already attained cult status. 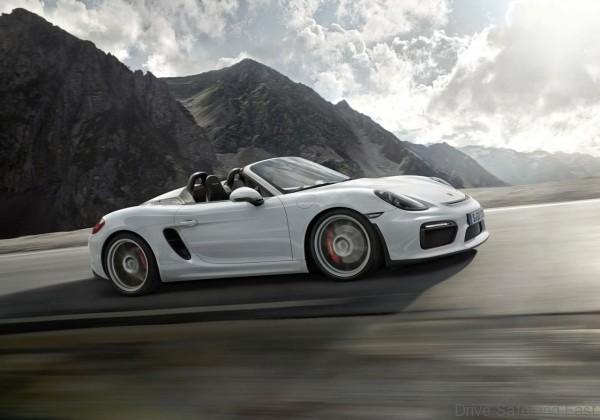 For example, the classic fabric roof is still opened and closed by hand, and the sports car is only available with a manual transmission.  The new Spyder will receive a firm sports suspension with a 20-mm lower ride height, brakes taken from the 911 Carrera, more direct steering, and a 3.8-liter six-cylinder engine with an output of 375 hp. 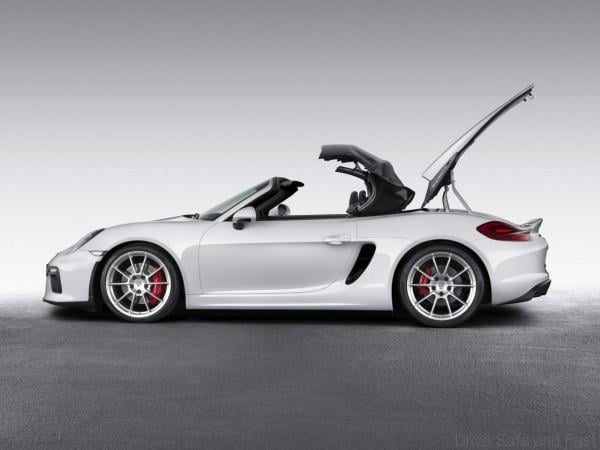 It only takes around 4.5 seconds for the Boxster Spyder to sprint from 0 to 100 km/h and it will reach speeds of up to 290 km/h. The combined fuel consumption amounts to 9.9 l/100 km, which isn’t particularly bad, all things considered. The distinctive design of the Boxster Spyder includes stylistic elements that recall the legendary sports and race cars from Porsche. As a nod to the 718 Spyder from the 1960s, the new Boxster Spyder has two prominent streamlined bulges that extend down along the long rear lid behind the headrests. 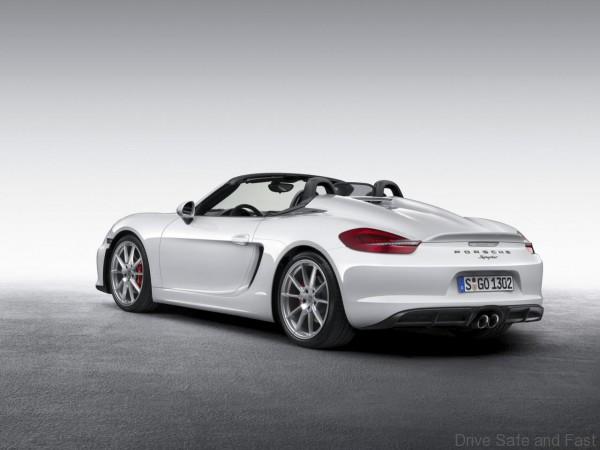 The partially manually operated, lightweight top is suitable for everyday use and brings to mind roadsters from the past, while the fins that stretch back to the rear lend the vehicle’s silhouette its characteristic design. The front and rear end of the model were taken from the Cayman GT4. 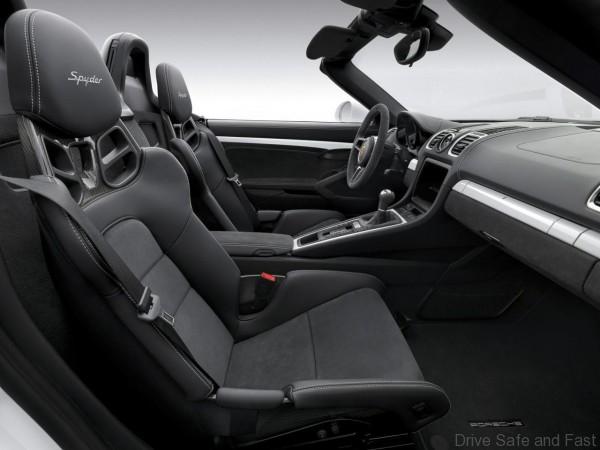 On the inside, the driver and passenger seats look a little are on the thin side to save weight but the bucket seats still have fairly large side supports. In line with the model’s purist design neither a radio nor an air conditioner is included as standard equipment in order to reduce weight. However, both can be ordered ex-factory as optional equipment at no extra cost. In addition, the entire range of Boxster audio systems is available for customers to choose from as an option.

The Porsche Communication Management system with all of its special features can also be ordered as optional equipment, for example. The new Boxster Spyder will be launched on the market in July and is expected to be priced at around 80,000 Euro.